Professional Blacklegged (Deer) Tick Removal in Peterborough and the Kawarthas

The blacklegged tick, named for its dark legs, is a tiny biting arachnid found all across North America. Often found in tall grass and forested areas with thick foliage, these notorious critters aren’t much bigger than the head of a pin and feed solely on the blood of animals.

The Lifecycle of a Deer Tick

The blacklegged (deer) tick has 4 distinct life stages over a 2-year period: egg, larva, nymph, and adult. They are known as a three-host tick, feeding off different host animals during each mobile stage.

Egg stage: Engorged adult females will lay eggs on the ground near where they detached from their host.

Larva stage: Eggs will hatch into six-legged larvae during the summer of year 1. These larvae don’t carry tick-borne pathogens in the beginning, but they can pick up diseases during their first meal and transmit them during their third and fourth stage feedings. In the spring of the following year, larvae will emerge as eight-legged nymphs.

Nymph stage: The peak feeding period of nymphal stage ticks is from May to July. By this stage, they will pose the risk of transmitting Lyme disease, anaplasmosis, human babesiosis, Powassan encephalitis, and more. They are also more likely to transmit diseases to humans at this stage due to their tiny size, which makes them harder to detect and harder to remove.

Adult stage: Nymphal ticks molt into their adult forms during the fall. At this stage they will seek out larger animals to use as hosts, particularly the white-tailed deer. Winter frosts will not kill blacklegged ticks, and they will become active as soon as it thaws out.

More About the Blacklegged Tick

Ticks can’t jump or fly, so they will wait in the “questing” position in tall grass for a suitable host to pass by. While questing, ticks grasp onto plants using their rear legs while their two front legs stay outstretched waiting to climb onto a passing animal. The white-tailed deer is the blacklegged tick’s preferred adult host, which has afforded them the nickname “Deer Ticks”, but they are opportunistic and will readily latch onto humans, birds, rodents such as mice, rats, and squirrels, as well as household pets like cats and dogs.

While feeding, the tick will go through a process called engorgement as their body expands with blood. It takes time for a tick to prepare itself for such rapid growth, which means that it will wait anywhere between a few hours to a day before feeding. It’s important to check pets, children, and yourself soon after being outside to find and remove any ticks before they latch and start to feed.

There are a few ways to reduce the personal risk of ticks around your home and during walks around areas with thick vegetation.

It’s important to keep grass trimmed low, including areas near the base of trees, fences, and buildings. Removing woodpiles, weeds, and debris that mice use for nesting will reduce the presence of ticks, especially nymphs.

Using insect repellent that contains permethrin or a minimum of 20% DEET when going out into the bush will deter ticks. Tucking pants into socks or boots can also help prevent them from latching.

Wearing light coloured clothing during an outing makes it easier to find and remove any ticks.

How to Remove a Tick

If you find a latched tick, the most effective way to remove it is to firmly grasp it with a pair of fine tip tweezers as close to the skin as possible and quickly pull the tick straight upward until it unlatches. Do not twist or bend the tick, it is possible to cause further infection if any mouth parts are left behind in the bite wound. It’s important to consult with a doctor as soon as possible if there is a reaction to a tick bite, or if you have any reason to believe you’ve contracted Lyme disease.

Yes, we have noticed ticks entering the house while feeding off of mice. We treat this by adding pyrethrin to cotton balls that the mice use for nesting, as well as fogging the perimeter.

It’s possible for ticks to breed quite quickly once they make it indoors. If you believe your home or property is at risk of tick infestation, don’t hesitate to contact Dave’s Quality Pest Control for a reliable solution. We will help you remove all traces of ticks and tick larvae, as well as manage environmental risks to ensure they don’t come back.

We wanted to send you a quick note about our home and your service.

We have dealt with cluster flies for the past 14 years to the point we had thought about selling our home, since your company has provided two services per year you have provided a fly free home.

Thank you very much for your services and look forward to having a fly free farm house.

Safeguard Yourself from Tick Bites in Ontario

Summer in Ontario includes camping and nature walks, but beware of what lurks in tall grasses, bushes and shrubs; ticks and Lyme disease. 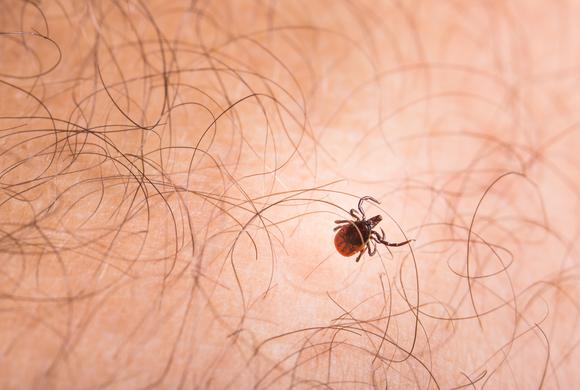